Do You Believe in Bigfoot?

You shouldn't. You shouldn't believe in bigfoot anymore than you believe in giraffes. They're either real, or they're not. There is no sliding scale.

II. About The Film

Roger Patterson and Bob Gimlin went looking for, and found, a bigfoot. Roger Patterson filmed the bigfoot. The film, taken on October 20, 1967 has become the most famous "bigfoot" film footage ever captured and the subject in the film, looking back at the camera while walking away, has become the iconic photo people around the world now associate with the very word "bigfoot".

The Patterson-Gimlin film was, and remains, controversial. The reason for controversy is that bigfoot was, and remains, an uncatalogued species. If this were footage showing a black bear, there would be no controversy. The film has been studied for 50 years. Scientists and multi-disciplinary experts have presented arguments supporting the film's authenticity. A fraction of those arguments are presented below, on this page.

The strongest argument against the film's authenticity is "Bigfoot does not exist, therefore the video of the bigfoot is fake." 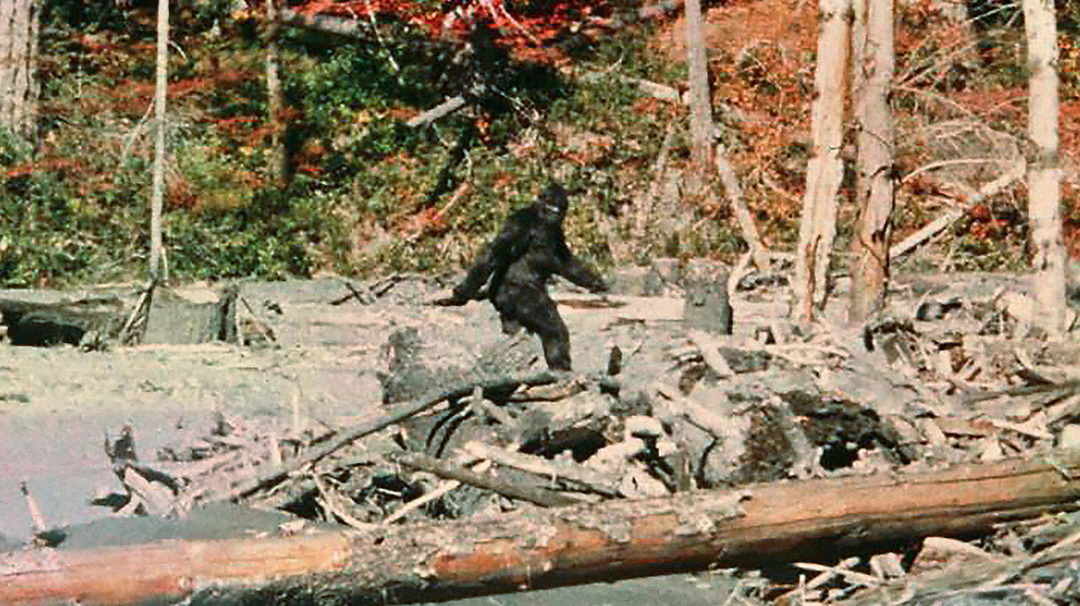 III. Is the Film for Real?

YES.
How do we know? Multiple experts have proven these things to be true: The film is authentic. The subject in the film is non-human. The associated footprints are legitimate.
ARE YOU SURE? BECAUSE, I HEARD IT WAS A HOAX
There's a lot of information below proving the PGF is real. But, if what you want is proof that it's not a hoax, then you should read this essay on the complete failure to debunk the film or prove it is a hoax.
Read the Essay
WHO ARE THE EXPERTS?
These experts are not bigfoot experts. They are experts in their professions and fields of study. A Certified Forensic Examiner, a Hollywood Creature Designer, and a Professor of Anatomy and Anthropology with expertise in Primate Functional Morphology. Their combined conclusions address the authenticity of the Bluff Creek Encounter from multiple points of view.

The Burden of Proof

THE FILM: THE NASI REPORT
From 1995 to 1998 an intensive scientific analysis of the Patterson/Gimlin film was undertaken by Jeff Glickman, a certified forensic examiner. In June 1998, Mr. Glickman released a research report entitled "Toward a Resolution of the Bigfoot Phenomenon." The report findings are highly positive that the creature filmed was a natural animal. Mr. Glickman declares the following in his closing statement: "Despite three years of rigorous examination by the author, the Patterson film can not be demonstrated to be a forgery at this time."

The full NASI Report, an analysis of the Bigfoot Phenomenon, is dense with well articulated information. The abridged report deals specifically with the Patterson-Gimlin Film. Both are worth the time to read. Here are some highlights from the PGF analysis:

THE FILM: THE MUNNS REPORT
For seven years Bill Munns analyzed the Patterson-Gimlin Film and studied the strange creature seen in the film with state-of-the-art technology.
His conclusion:

"The film is authentic and the “creature” seen in that film is in fact some real biological entity often called a “Bigfoot” or “Sasquatch” and is not a hoaxed figure accomplished with a normal human in a costume of any kind."

The Munns Report is the culmination of that seven year research program. It focuses on the film itself, and the data within the film, to try and answer the simple question of what it is we see walking through that film. Is it really just a hoax with a human in a fur costume, or is it something biologically real, as it appears, something commonly called "bigfoot" or sasquatch?" 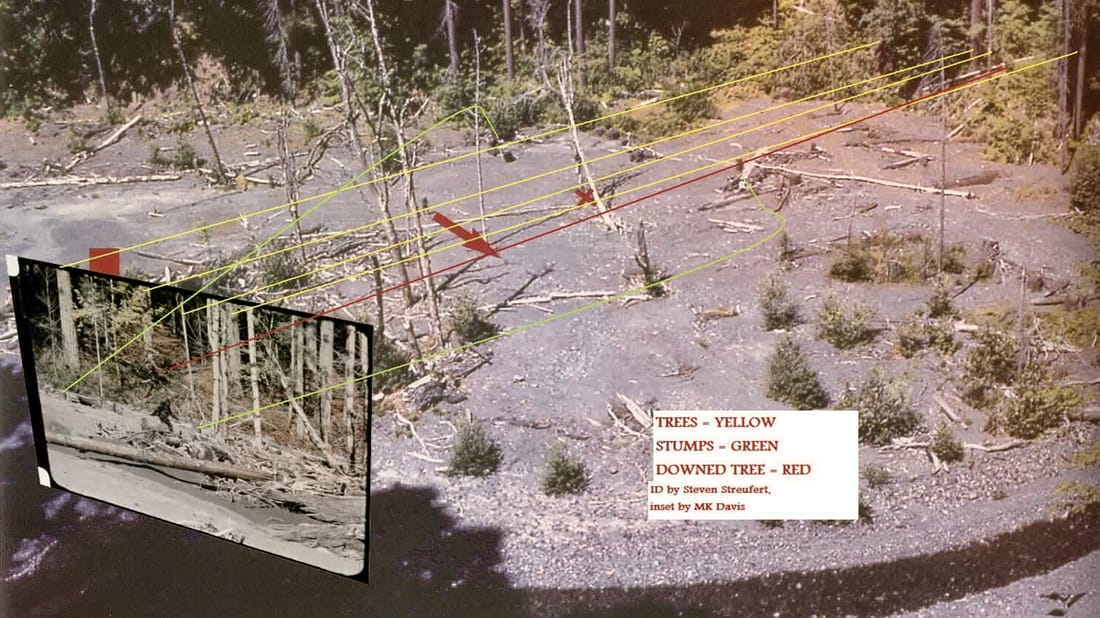 THE CREATURE: NOT A COSTUME
-Munns
​
Conclusion: The characteristics of the Patterson Film Subject (hair, fat, and musculature) would be extremely difficult, and in some instances impossible to recreate using the limited materials available for creature/costume design in 1967.
THE CREATURE: SURFACE ANATOMY
Bill Munns and Dr. Jeffrey Meldrum collaborated to study the Patterson Film Subject to determine, in terms of musculoskeletal anatomy, if it is biologically real, or costume material flaws (a hoax). They studied the PGF hominid’s anatomy, compared it to human surface anatomy and great ape anatomy. Then compared it to fur costume design and form. the resemblance to real anatomy is not only apparent but prevails as the more probable explanation for the nature of the PGF hominid.

These observations support the conclusion that we are not observing a costume, but rather a real and novel hominid whose body has a modest natural hair coat.
​
"The presence of equivalent surface anatomy features in the hominid body that are consistent with observed traits of the PGF hominid nullifies previous claims that such traits of necessity indicate a costume. Rather they are consistent with the conclusion that the PGF hominid indeed represents a novel primate species."
The Article is titled: "SURFACE ANATOMY AND SUBCUTANEOUS ADIPOSE TISSUE FEATURES
​IN THE ANALYSIS OF THE PATTERSON- GIMLIN FILM HOMINID" By Bill Munns and Jeff Meldrum
Read The Full Article

The film is genuine.
Board Certified Forensic Examiner Jeff Glickman:
The report findings are highly positive that the creature filmed was a natural animal. Mr. Glickman declares the following in his closing statement: "Despite three years of rigorous examination by the author, the Patterson film can not be demonstrated to be a forgery at this time."

It's not a costume.
Special FX and Make-up Designer William Munns
The characteristics of the Patterson Film Subject (hair, fat, and musculature) would be extremely difficult, and in some instances impossible to recreate using the limited materials available for creature/costume design in 1967.

The brief film portrays an upright hair-covered figure, exhibiting a compliant gait (walking on flexed knees and hips) on flat, flexible feet. A trackway of clear footprints was left in the loamy sandbar at the site along Bluff Creek. Two exceptionally distinct footprints were cast by Patterson, representing a right and a left foot. These were markedly flat and exhibited little or no dynamic features that might imply the points of flexible articulation, although the exceptionally clear outline does preserve details of contour that appear to indicate such landmark features as the Hallucial metatarsophalangeal joint, the navicular tuberosity, and the tuberosity of the fifth metatarsal. Subsequent events shed additional light on the film subject’s foot morphology. Lyle Laverty, a U.S. Forest Service timber cruiser, came upon the site a short time after the filming and took several color slides of the subject’s deeply impressed footprints (Perez, 2003; Laverty, personal communication). The footprints Laverty photographed revealed clear evidence of foot dynamics. Of particular note is the repeated appearance of a midtarsal pressure ridge (Figure 5). Less than two weeks later, Bob Titmus, a professional taxidermist, visited the site and cast a series of 10 sequential footprints, a number of which had been covered to protect them from the elements.1 Included was the print with the prominent pressure ridge photographed earlier by Laverty (Figure 6). This Evolution of Bipedalism 71 sequence of casts is very informative and exhibits the qualities of variation in apparent length, toe position, and flexibility typical of a ‘‘living’’ trackway."

Experts Who Support the PGF

"Humans are everywhere now. There's nowhere left for a population of large primate to live, right?" 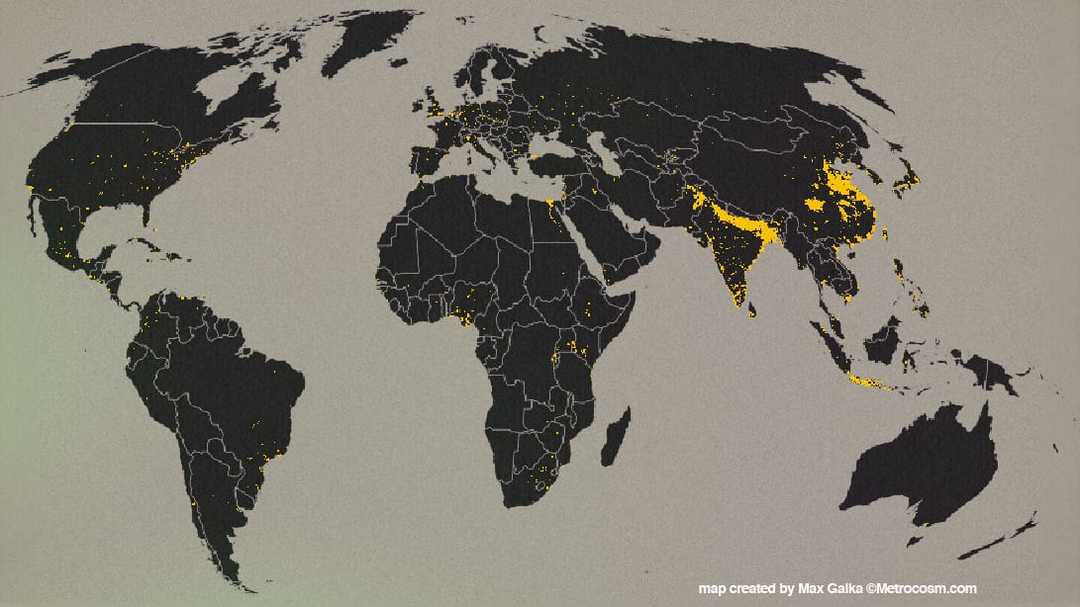 This map was created by Max Galka using gridded population data compiled by NASA. Read the story behind the map at Metrocosm.com»
Go To Metrocosm

If you really just have to see it to believe it, this will help get you started.

NATIONAL GEOGRAPHIC: THE MYSTERY OF BIGFOOT
This is a good video from National Geographic. Among other things, it does have a CGI recreation of the Bluff Creek Encounter with an updated estimate of the size of the bigfoot, as well as a recreation of it's gait. The 2015 Documentary - The Mystery of Bigfoot